What Is Google Algorithm?

The Search Engine Optimization Environment (SEO) used to be pretty crazy. Most SEO experts know how to play Google's algorithm, and many were happy to use certain underhand or 'black hat' tactics to do so.
All this black hat operation was a big issue for Google. Entire websites have been set up to take advantage of well-known vulnerabilities in the search algorithm. These websites, known as content farms, have created comparatively low-quality content with the sole purpose of being at the top of Google's rankings for common words and selling ads on these pages.

What is Google Panda? 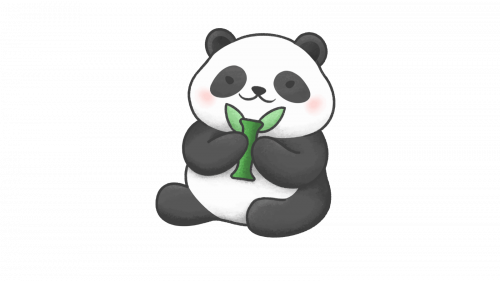 The Panda update was rolled out by Google to identify and wipe out low-quality content from the SERPs. To battle websites with duplicate content, thin or poor content, and scraped or copied content, Google revised its algorithm and the impact was dramatic.
Google Panda update was a refresh of the search algorithms. It was released for around two months from February 2011 to about mid-March 2011.
Google originally carried out panda rank updates on a monthly basis. This meant that once a month there was a big shake-up of Google's search results, and several blogs would discover that their search places had fallen dramatically. Many pages suddenly underwent a Google Panda punishment and took a massive hit in their rankings. The upgrade caused tremendous harm to companies such as Demand Media, which had based their entire business model on content farms.
Nowadays, Google Panda releases are taking place subtly and behind the scenes as part of Google's daily update, but there are no drastic shake-ups that once happened. However, the Panda algorithm continues to run silently, meaning that low-quality content farms cannot control Google's search results. Google tries to make improvements behind the scenes to make sure that its algorithms are impossible to manipulate.

What Is The Difference Between Panda and Penguin?

Shortly after the Google Panda algorithm was carried out, Google released another update called after an adorable animal. Google Penguin was directly attacking some of the black hat tactics used by unscrupulous SEO experts to raise site rankings. In specific, it was planned to avoid the use of an SEO tool that created hundreds of low-quality links to websites.This boosted the Rankings of comparatively low-quality pages meant that most SEO experts were concerned with obtaining links to other sites – even at the cost of content on their websites.
Like Panda, Google Penguin was initially a separate update that was updated about once a month. Google released Google Penguin 4.0 at the end of 2016. This rolled Penguin into Google's key search algorithm which ensures that updates are going on all the time in the background. The results will not change significantly from day to day, but the results will be continuously checked for low quality connection profiles.Google updates happen many times a day, and pages are continuously going up and down the rankings.

How Do You Recover From The Google Panda Update?

If you've been struck by a Google Panda update, you might have a serious problem involving a panda recovery plan. The traffic rate on your website could decrease dramatically and you could incur major losses.
The first move in returning from the Google Panda penalty is to do a full website audit to figure out why your rankings have fallen. Unfortunately, there isn't an instant cure to help you rebound from the Panda penalty. The response is to check your website and boost the consistency of the content. This involves making sure that you deliver the in-depth and valuable material that your customers want to learn. Avoid thin content that uses keywords over and over again. This used to be a way to boost the ranking of your website, but it is no longer successful.

What Are The Ways To Improve Your Google Rankings?

Google has been suggesting for years that the only way to boost the Google ranking was to compose high-quality content that users find useful. This was a laudable target, but it wasn't real. There were a lot of ways to play Google's search algorithm, and Google and SEO experts knew about it.
That's why Google has launched changes like Google Panda and Penguin. They narrowed the gaps that had been abused and pressured webmasters to concentrate on enhancing the quality of their material in order to increase their rankings.
The very simple SEO tactics of the early days of Google remain important. You want to compose higher quality material and make sure you have a good range of high-quality links from reputable websites. The big transition was the end of the SEO methods of the late '00s. Namely, extreme numbers of connections and good, keyword stuffed material writing. Google has put more focus on the technological standard of websites. Especially, It's critical that your website performs well on mobile devices, even if you're just concerned about your laptop. performance.
Google Panda has been a big improvement in the way Google operates, and the business almost definitely has more in the pipeline. Focus on high-quality content and having organic connections to the web and you have a fair chance of doing well.

What Is Google Penguin?

Google Penguin is a cryptonym for a Google Algorithm Upgrade that was first revealed on April 24, 2012. Google's modification is targeted at lowering the search engine rankings of pages that breach Google's Webmaster Guidelines by using now-declared black-hat SEO tactics used in falsely raising the website ranking by seeking to influence the amount of connections that point to the article. These strategies are generally referred to as connection schemes.Google has confirmed all Penguin filter updates to the public, according to Google staff John Mueller.
Google Penguin 4.0
On 23 September 2016, Google revealed that Google Penguin has been part of Google's core algorithm: this means that it is upgrading in real-time. Google will now no longer make updates about future refreshes. In comparison, real-time ensures that pages are analyzed in real-time, plus rankings are also affected in real-time.
In previous years, Google's webmasters have instead still had to wait for the next roll-out upgrade to avoid the Penguin penalty. Google Penguin 4.0 is even more granular than previous changes, since it may impact the site as a whole on the basis of the URL rather than the site as a whole.
Also, Penguin 4.0 is different from the previous versions of Penguin because it doesn't delete the site if it detects the incorrect links: instead, it discounts the links. This means that they are overlooked and the websites no longer count for ranking.
As a consequence, there is less need to use the disavow file, since Google uses both human reviewers and algorithms to recognise artificial (unnatural) connections, misleading or manipulative. This are contained in the Manual Actions Documentation of the websites. While links are still highly significant as a ranking factor, not all links are handled in the same way and the consistency of the links has now become more critical as a result of this change.

How Do Penguin Detect Spams? 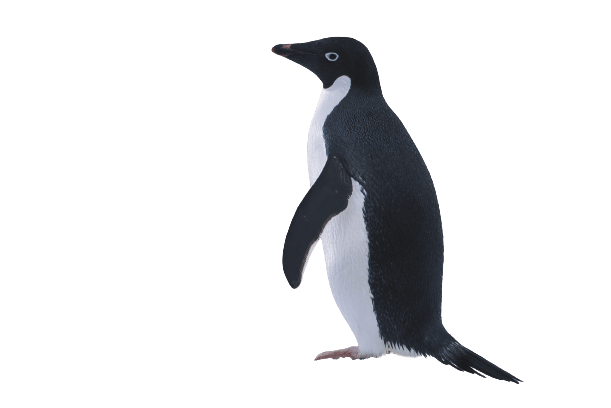 This populates a website with repetitions of keywords or a vast number of keywords in an attempt to exploit rank by the appearance of relevance of particular search phrases.

Purchase, purchase or creation of backlinks from unrelated or low-quality pages, generating an unnatural image of importance and success in an effort to trick Google into offering high rankings. For eg, a corporation might decide to fill the Internet with spam.comments that are Link to itself to prove that it is the right business to do so. A business can also pay to get links that show that it is better, and links occur in an unrelated third party article about a separate subject.

How Do I Know If I Have Been Impacted By Penguin?

First of all, it is important to understand the distinction between a manual penalty for artificial linkage and a Penguin penalty. In short, Penguin is usually a Google Index filter that is available to all pages, whereas a manual penalty is always unique to a particular domain that Google has classified as spamming. Manual fines could be due to the website being registered for spam by Google users. Often, I guess,Google is speculated to be able to manually track some sectors (such as payday loan companies) rather than others (such as cupcake bakeries).
If metrics on your website indicate a reduction in traffic or rankings on a date related to a Penguin update, you could have been influenced by a Penguin filter. Ensure that you have ruled out traffic variations that are predicted from phenomena such as seasonality (for example, Christmas tree farms in April).Also, carefully analyze whether your linking activities or keyword enhancement will be deemed spammy by Google and make your website susceptible to changes such as Penguin..

What Are The Ways To Recover From Penguin?

With a manual connection penalty, you must file a request for reconsideration with Google after you have cleaned your home. You're not filing such a motion because you want a Penguin penalty to be lifted. Instead, when you take steps to fix your issues, you'll usually get 'forgiveness' next time Googlebot comes to your site.
These recovery steps include the following:

Disavowal of spammy connections that you cannot monitor

Revising the content of the website to fix over-optimization, meaning the keywords are naturally applied rather than robotically, nonsensically or repetitively on web pages where there is no connection between the keywords used and the subject matter.

Penguin was developed to fix a crucial flaw in Google's framework that caused their algorithm to be fooled by a large number of low-quality links as well as the keyword over-optimization of web pages. If you want to discourage Google from devaluing your site as a result of spam activities, all the content you post should represent natural language. Your link-earning-and-building must also be deemed "safe."

We provide data-driven digital marketing services for a smarter, faster and more cost-effective.